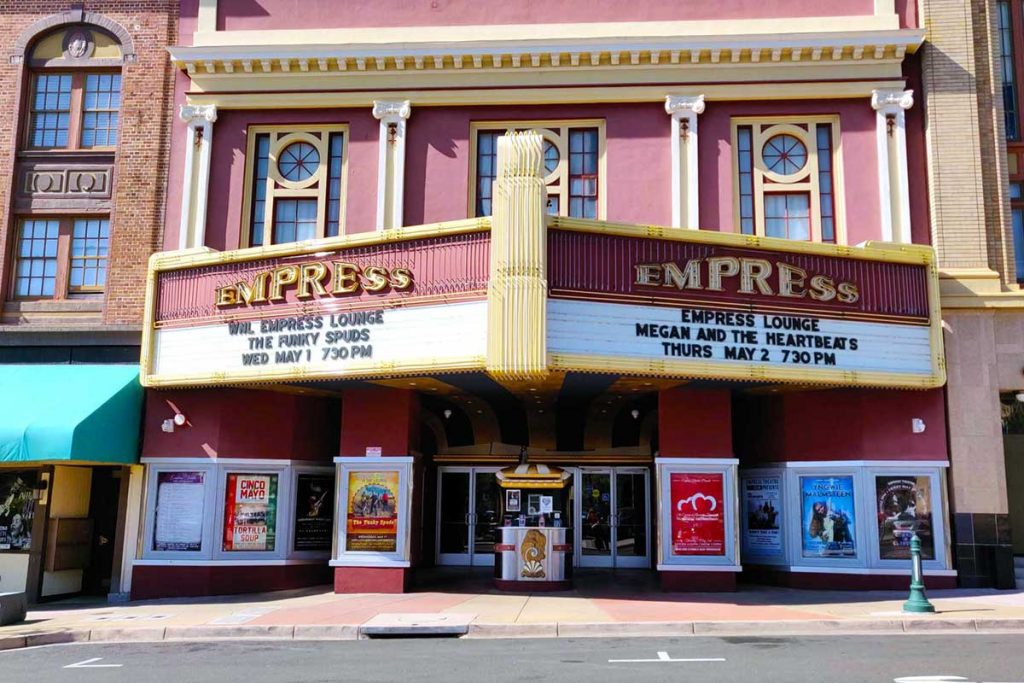 The Empress Theatre In Vallejo, CA

The Empress Theatre in Vallejo is a live music and entertainment venue that features a state of the art sound system, velvet seats, dance floor & full bar.

Fire. Earthquake. Financial ruin. The drama at The Empress Theatre certainly has not been confined to the stage.

Built in 1911 in the Beaux Arts style, the Empress’ appearance today has been shaped mainly by her rich history and changing fortunes. Today, only the exterior remains in the original style. The theatre’s interior layout dates from a much later 1930 Fox West Coast renovation (after a ruinous fire that took with it her upper balcony), while the magnificent Skouras ceiling and scroll-work arrived during a 1952 renovation. She stands tall today as an excellent example of early twentieth century theatre design, more than worthy of her landmark status.

Today, the magnificently restored Empress — Vallejo’s Landmark #17– reigns over Virginia Street just as she has in the past — a royal reminder of Vallejo’s pride in its past and its hope for the future.