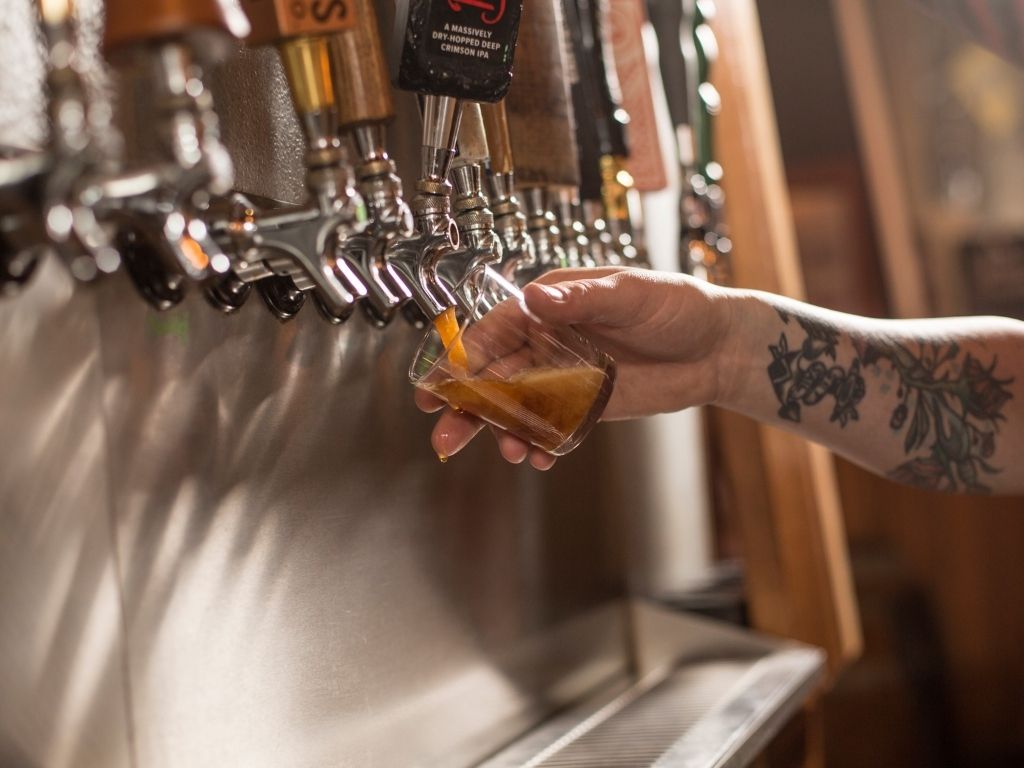 What’s On Tap in Santa Rosa

Choosing the best city in America for microbreweries is, like judging the best beer, very subjective. The most obvious metric to look at is the total number of small brewers in a city, but that doesn’t tell you anything about quality. You can look at online ratings, but those, by their inherent nature, are entirely subjective—and even then, one or two good breweries doth not the best city make. Heck, even the definition of “city,” can be debated. What if there are good breweries outside the city limits? Do those still count?

Portland has more breweries, and the highest-rated beer made in the United States currently comes from a small town in Decorah, Iowa―Toppling Goliath Brewing Company’s Kentucky Brunch Brand Stout. However, there is no better place in America for craft beer than Santa Rosa, according to an interactive database that ranks local beer scenes by measuring the quality of beer produced in a community and the number of craft brewers it supports.

Sonoma County’s thriving craft beer scene has over 25 breweries, some historic and some new. In fact, some say the “microbrewery” movement started in Sonoma County with New Albion Brewery in 1977. If that is not enough enticement to pour a cold one, Santa Rosa has over 577 total tap handles at our breweries, brewpubs, and taprooms within a five-mile radius of our offices.

Still not convinced? Santa Rosa is home to the Russian River Brewing Company who’s Pliny the Elder, a double India Pale Ale (IPA), was rated the best beer in the world 8 years in a row. Our very own Bear Republic Brewing Company was established in 1995, followed by Third Street Ale Works in 1996, and our newest beervana, Flagship Taproom opened in 2020. Plus, Fogbelt Brewery in Santa Rosa grows its own hops and even releases a fresh-hopped IPA every year.